Northland – the most sustainable region by 2025

At the moment for every sports fan, the biggest sports event on the planet is held. And to me, it is not the soccer world cup in Russia. It is the Tour de France. 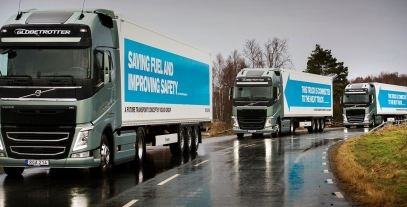 This is the toughest three week race I know of. The peloton is racing over 3,200 through France and Spain with sometimes many kilometers of technical, up/ down hill sections.

Switching back to Northland, what is the significance of a peloton. It is very simple, the key principle of a peloton is to slip stream. That means to reduce wind drag by cycling close together.

If several heavy commercial vehicles like trucks are driving behind each other with little distance between them, this type of a peloton is called a truck platoon. In Europe they have been running truck platooning competitions since 2014.  Trucks from several different truck manufacturers/ OEM’s are driving up to five trucks through Europe on the motorway network for over 1,000 km. In these controlled trials, up to 18% of fuel savings are a five time increase in freight per km infrastructure. For everyone who knows even a little bit about the trucking industry, this is huge.

The pie chart quotes fuel as 38% of the overall operating expense of running a truck.

Given that the freight volume in NZ is expected to increase by 50% over the next 15yrs, being able to save on fuel will be very important.

Rail in Northland – The Economics

And in comes the argument about rail in Northland. Before I start, I should clarify that I am a huge fan of rail. Recently I traveled on the French TGV and German ICE fast speed trains in Europe. It is one of the coolest ways to travel with over 300km/h able to absorb the wonderful European landscape and cities. However, in Europe there are over 741 million people living. The GDP of Europe is USD 20 trillion. In comparison Northland has a population of about 160,000 and a GDP of USD 4.7 billion (or NZD 7 billion).

To put this into context the whole GDP of NZ is smaller than the annual revenue of Samsung, the South Korean conglomerate, employing about 490,000 staff. The GDP of Northland is smaller than the R&D budget of our partner ZF, the fourth largest automotive tier 1 supplier. This simply means, Northland hasn’t got the economics to make rail work in Northland. In addition to the population argument, there is the commercial customer for rail. In Northland the main customer for rail is Fonterra, a little bit of logging and then very little else. However, currently Kiwirail is investing every year about NZD 13 million to keep rail running to Whangarei and the Fonterra Kauri plant.

Is this a good spend of tax payers money?

To answer that, I like to look at alternatives. One is coastal shipping, another one is truck platooning. I think the answer needs to be a combination of several modes of transport, depending on the needs, commercial, social and environment arguments.

As described with the Tour de France metaphor, having up to five trucks driving in close proximity behind each other can increase the amount of freight transported by five and decrease the fuel consumption and crash risk significantly. However, truck platooning on rural roads like state highway SH1 is not easy and would need technical trials to ensure that it can be done. And done in a safe and cost effective way.

To this effect NIC’s subsidiary N3T has been working with local and global suppliers to work out a ‘cunning plan’ to do this. We think we can achieve this within about six months and for less than a fraction of the annual rail maintenance costs or for less than a new report commissioned by the government to evaluate rail for Northland, yet again.

To the author’s knowledge there are more than seven reports on multi-modal transport concepts for Northland, including rail. The first strategy has been proposed by Ralph Trimmer and the then Harbor Board in February 1969.  Key parts of that proposal are still current.

Here  is a high-level comparison of latest, future proving technologies vs. rail.

The author is of the firm believe that not another expensive report is required, but reviewing, summarizing existing reports and including truck platooning and coastal shipping as relevant options.

We are happy to provide more detailed technical and commercial input on the truck platooning side.

Using leading edge technology is a cost effective way to invest available, limited funds to achieve substantial economic gain for Northland. Truck platooning has evolved to a point that it can be applied in Northland today. Railway had its time and place, but we need to look to the future and the best spend of tax payers’ money.

Truck Platooning trials will facilitate local job opportunities from low, over mid to top level skills sets. It can potentially have a similar impact on Northland as RocketLab has on the East Cape.

Please let us know what you think about the proposed alternatives to rail for a safe, sustainable and prosperous Tai Tokerau.